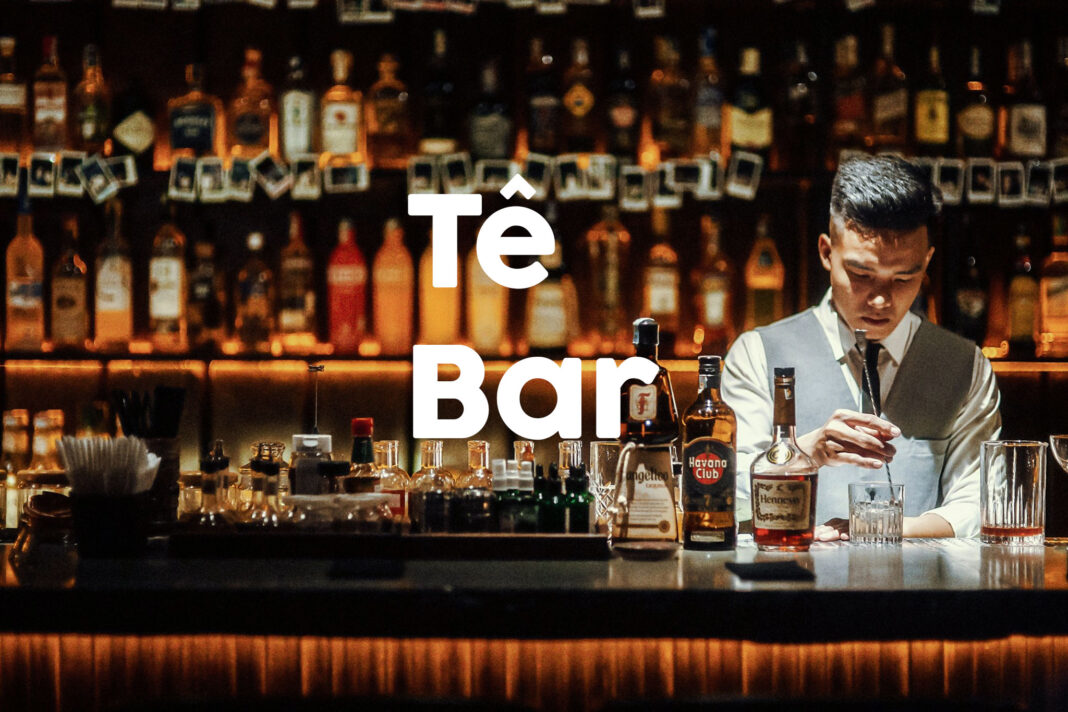 I have known Tê Bar through my close friend who introduced me and took me along. She always says that when it comes to Da Nang’s nightlife, young people everywhere who have a chance to visit this beautiful city can not ignore a cool bar like this.

The first thing that attracts me from its unique name, Tê Bar. Tê is the abbreviation for Tequila, a wine made from green agave, a symbol of strength and excitement. It is pronounced as “Tê-ki-la” in Vietnamese, so the owner has decided to choose the first sound for the name of this amazing brand. But we often joke that Tê Bar can have another meaning in a Vietnamese way as well. The first one is “Tầng ba” which means on the 3rd floor due to its location, and the second one is “Tê rần”, a tingling feeling when drinking alcohol. That is not only intimate but also easy to remember for us. The bar is located on the 3rd floor of a building on Nguyen Thai Hoc street, one of the busiest streets in Danang. It is just a few minutes on foot from the Han market as well as the Han riverside walkway.

When entering the bar, I felt that the atmosphere of the bar seemed to be completely different and separate from the hustle and bustle of life outside. Tê bar appeared to be a distinctive area with a vibrant and magical space but still brought a sense of joy and closeness for people to get a relaxable time with chilling music, chat with friends as well as make new companions.

When I got into the bar, it was quite dark for me. The light I could get only from the candle jars on the tables and the bar counter. Since it was my first time coming to the bar, I chose a seat near the bar counter so that it was easy for me to get good recommendations from the bartenders here.

According to my preferable taste of sweet and sour flavor, the bartender quickly ended up with a classic one, a glass of Mojito. During the preparation time, he told me a lot about the story of this famous drink. It was originally from Cuba. First, Mojito was known as a medicine named after Francis Drake – a captain under the Queen of England. In 1586, when he arrived in the land of Havana, Cuba with a huge amount of treasure he had just plundered after a trip to Spain. However, in reality, after a trip to Spain, his crew suffered from dysentery and all kinds of other symptoms from being at sea for too many days. In Cuba, Francis Drake found a suitable medicinal herb to cure the crew, which was the rudimentary fermentation of sugarcane – the forerunner of today’s rum, known as “Aguardiente de Cana“. He combined a lot of ingredients such as mint, lemon, and sugarcane juice to remove the unpleasant pungent taste of this wine. That recipe was considered the origin of the famous Mojito later. The recipe for this drink remained the same until around the middle of the 19th century when the famous rum production company, Barcadi, was founded. Rum was used to replace Aguardiente, then it was called Mojito. I was really attracted to the way the bartender expressed the story. “Masterpieces that are inspired by stories of bartenders. Get yourself one and taste the story in it.”, he added. Maybe the next time for another special story, I would try a martini made shaken and not stirred like my favorite character in the famous series 007, Jame Bond.

Taking a glance at the menu, besides the original beverages, Tê bar also offered a range of tasteful snacks. What impressed me most was the snack that went with the cocktail. There were orange slices covered with brown sugar mixing coffee powder. Enjoying a sip and then quickly putting a slice into my mouth, it was totally an explosion of taste. The sweet taste of orange cloves mixed with the bold taste of sugar and coffee powder was really a perfect match for me. That impressive taste awakened my senses when I was a little ivory. In addition, a dish of potato sticks was also a popular one. The salty taste of potato made me keep sipping it whilst indulging in my magical cocktail.

An enthusiastic attitude toward each drink

Besides the exciting menu, I really loved the way the staff and bartenders always took care of customers. Because the chair at the bar counter was quite high for me, I had a hard time moving back and forth at the bar. However, the staff here enthusiastically pulled out the chair and helped me down carefully. They were also professional when understanding what I need without asking to them. And that was a huge plus about the enthusiasm of the staff here for me. Moreover, bartenders also offered a free Tequila shot for every customer. Sometimes, they also offered more if that made their customers happy and they could continue endless fascinating stories. I also liked their uniforms with the main black color. They were very eye-catching. The price in total was affordable with the professional service and delicious beverages.

A vibrant atmosphere at Tê Bar

In short, Tê Bar is a perfect nightlife place for gathering friends, making new friends, and having interesting conversations and stories while enjoying top-quality drinks with your own flavors. With a unique style of cocktails and wines as well as a vibrant atmosphere, Tê Bar will attract you at the first sight. In addition, there also is the participation of talented DJs who enchant the songs so that you can immerse yourself and freely express your feelings every night. Why not come to this original and unique style bar if you would like to enjoy Da Nang’s nightlife? You might get an amazing cocktail and taste your own wonderful story with your loved one.