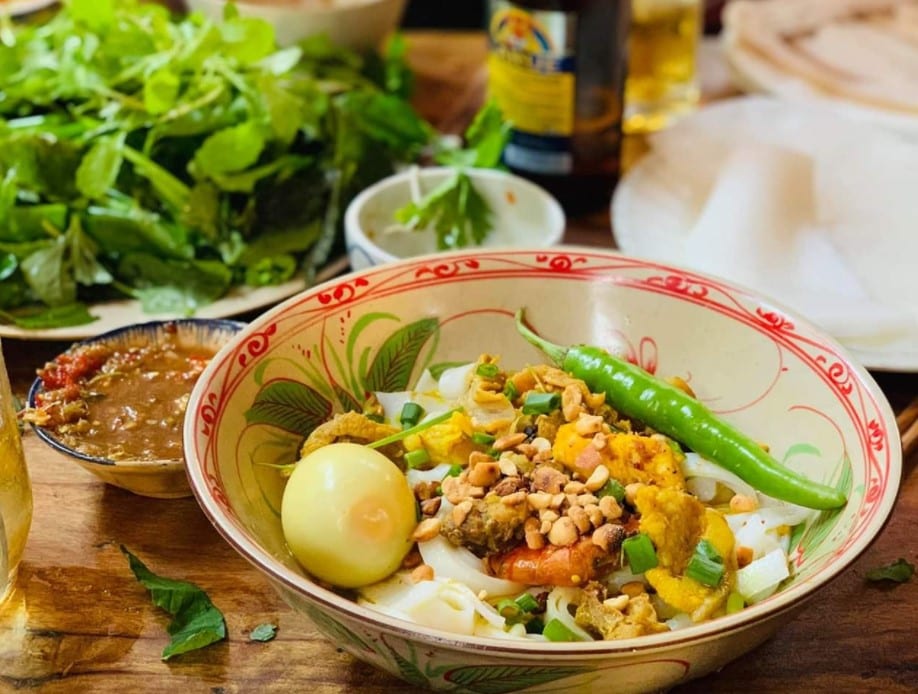 For a long time, Quang noodles have been considered the soul of this sunny and windy central land. Because they have their cultural beauty, showing the unique characteristics of the people here.

Nowadays, Quang noodle is known as a familiar dish in all regions from North to South. However,  to have a delicious bowl of noodles, with the right and rich flavor for each noodle; It is necessary to come and enjoy Quang noodle in Quang Nam province.

The origin of noodles is determined right from the name. They are derived from the ancient Quang Nam – Da Nang province. And the word “noodles” refers to the flour material that makes the noodles.

The reason Quang noodles have such a name is due to the interference between Vietnamese and Chinese cultures. In the mid-16th century, under Lord Nguyen Nguyen, Hoi An land became a crowded trading place with foreign merchants. Therefore, there are many Chinese people who imported to Quang Nam – Da Nang in the past, bringing with them a lot of their special dishes, including Quang noodles now.

After 1975, Quang noodles followed in the footsteps of Vietnamese displacing people in many parts of the world, especially in Little Saigon, California,and  Quang noodles appeared in many luxury restaurants. On the way, Quang noodles had little change in form and content compared to the old hometown, but when the expatriate still says: “I am from Quang Nam”, the noodle dish is the same, it is still called Mi Quang.

2. The meaning of Quang noodles

Similar to people, each person is built from separate personalities, and each region also has its characteristics by special dishes, unique to that region. For example, the Central region is known as “five Quang”, but Quang noodles are only available in Quang Nam.

In particular, Quang noodles are fully expressed in the name. “Noodles” are actually the ingredients to create noodles, not flour or rice flour. After elaborate and meticulous processing, people will create soft noodles, not too flexible nor too dry, with the white color of rice starch. In addition, we also have to prepare many different ingredients such as shrimps, quail eggs, pork, and chicken, … to make the broth. Next is to prepare a bowl of raw vegetables with all kinds of vegetables to eat with Quang noodles, creating a more delicious and attractive taste.

Unlike Pho, Quang noodle broth is dense and juicy from all kinds of ingredients. The broth of noodles is very little, never fully submerged, so it looks very harmonious and beautiful.

Currently, Quang noodles are listed in the list of 12 Vietnamese dishes that are recognized for Asian culinary values. This is a dish that is both rustic and typical of the people of Quang Nam. The dish is rustic, authentic but rich and dear.

From time to time, Quang noodles still prove to be as enduring as a tree clinging to the ground. When leaving this land, Quang noodles are not simply a dish anymore but it has become one of the beauties of Quang Nam’s culinary culture.

3. The rich flavor of Quang noodles

Easily distinguished by its yellow-colored rice noodles, this dish is a hearty mix of bone broth seasoned with fish sauce, black pepper, shallot, and garlic, as well as meaty ingredients such as shrimp, boiled quail eggs, and roast pork.

As with most Vietnamese dishes, mi Quang also comes with a variety of herbs, including basil, peanuts, coriander, lettuce, sliced banana flowers, and sesame rice crackers. There is no correct way to cook Mi Quang – it depends on your tastes and preferences. To most Canadians, the best Mi Quang is home-made by their mothers or grandmothers, attached with love and memories.

Quang noodle is not a difficult dish to cook but requires a lot of ingredients to be prepared and done meticulously. A bowl of Quang noodles must be full of colors and natural ingredients such as shrimp, meat, eggs, etc…

Noodles must be bright yellow, soft, and supple. Eat with green chili, big and delicious. The rich flavor of Quang noodles mixed with a little spicy chili creates an extremely delicious dish.

Quang noodles are also served with black sesame rice paper. You can dip rice paper with broth or put crumbs, and mix it in a bowl of noodles. When eaten, it must be eaten with raw vegetables, but raw vegetables must ensure 9 flavors to create their passionate flavor, which is: lettuce, basil, young cabbage buds, bean sprouts, coriander, laksa leaves, onions, and banana flowers.

A bowl of Quang noodles is full of shrimps, meat, eggs, … fragrant with lemon, chili, black sesame rice paper, and raw vegetables, you have fully enjoyed the most special dish of the Central region.

To be perfectly honest speaking, Mi Quang brings out the feeling of genuineness and simplicity just like the people in Central Vietnam, one that is hard to come across in the modern dishes. Each noodle combined with ingredients and meticulousness creates a unique bowl of Quang noodles. For these reasons, Quang noodles are a unique attraction that attracts visitors every time they have the opportunity to visit. If you have the opportunity to visit the Quang Nam-Da Nang area to enjoy the beautiful scenery in this place, you must savor Quang noodles to fully feel the culture of this land. 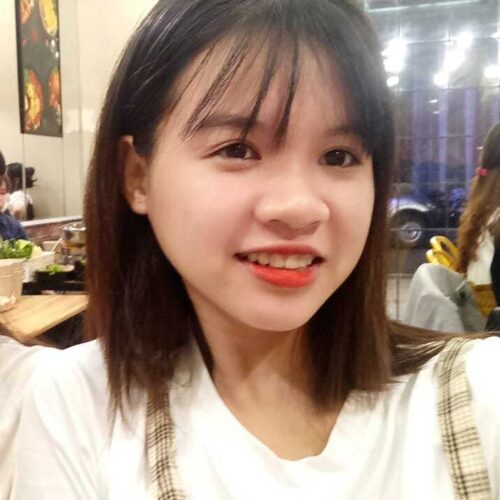 Helen Nguyễn
I don’t feel that it is necessary to know exactly what I am. The main interest in life and work is to become someone else that you were not in the beginning.