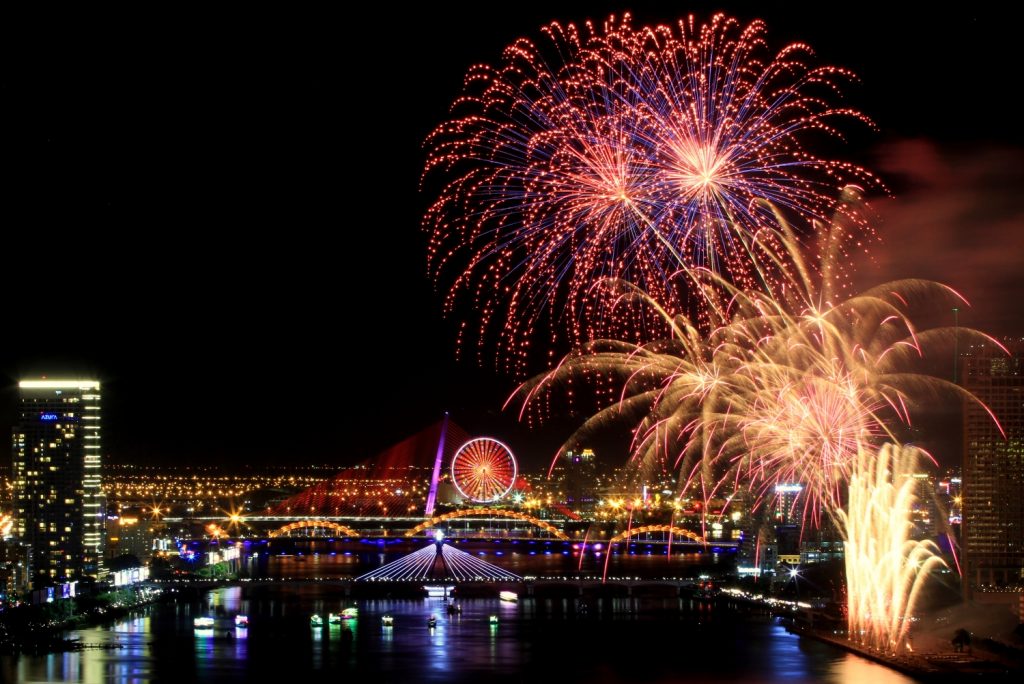 After a 2-year break due to the Covid-19 epidemic, Da Nang International Fireworks Festival will be held again in 2023.

On November 2, the People’s Committee of Da Nang has a master plan to organize Danang International Fireworks Festival (DIFF) 2023.

Accordingly, DIFF 2023 is expected to take place from June to July 2023. The fireworks display is located at Song Han port. The scale of the stands is 17,000 seats.

DIFF 2023 is expected to have 8 participating teams, including 7 international teams and the Da Nang team. They will perform in 5 nights, including 4 qualifying nights and 1 final night.

Along with the special fireworks performances, DIFF 2023 also has art performances infused with the cultural identity of Vietnam and other competing countries with the participation of A-list artists, art troupes, and major art troupes at home and abroad.

In addition, there will be ancillary activities spread across the city, including space on both banks of the Han River, along the Bach Dang route, My Khe beach, and Tien Son Sports Palace.

This is also one of the distinct cultural events, contributing to bringing Da Nang the title of “Asia’s leading festival-event destination” as well as the image of Vietnam closer to international friends.